In an often-cited Washington State Supreme Court case, State v. Reynaldo Redmond, Evergreen State gun rights activists remind us that the court noted “The law is well settled that there is no duty to retreat when a person is assaulted in a place where he or she has a right to be.”


When we talk about “abuse” as a word it generally is used to define a person who has suffered a wrongful practice.  When we use the word as it relates to gun laws it usually means death or bodily harm.  The more guns on the street, the higher the risk that more deaths will occur by a criminal element, gangs, or drug dealers but hardly your next door neighbor.  Yet statistics show that 3 of 4 of the 140 million people in the U.S. own at least one gun.  Another poll shows one in five own multiple weapons including hunting rifles and ammunition.  It means someone, if not you, in your neighborhood, owns a gun or an arsenal of weapons.  Without question, we need tougher gun control laws for those many weapons.  To date legislators have failed us.  They’ve even gotten worse with the Make My Day laws in 25 states. 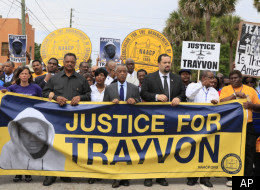 As reported here before, since the Trayvon Martin murder, gun owners and people in general have questioned the fire from the hip legislation that allows a person with a gun to shoot first, ask questions later.  What was meant to be a law to protect families inside their home has escalated to hot heads picking a target on the street and shooting at will claiming because he looked suspicious the shooter felt threatened.  The Stand Your Ground law in Florida is so loose that on the night of the Martin murder, the shooter, George Zimmerman wasn’t even arrested.  He wasn’t even held and yet he had just shot to death a teenager returning from a store to his parent’s house in Sanford.


Unique to these laws is the fact that all the states that passed them have a Republican majority in the legislative branch and a Republican Governor.  I suppose people who voted for these assholes got what they deserved.  Although polls suggest that even a majority of voters now feel the laws are either not being enforced as written or deaths not detailed by police.  There are fewer homicides reported for Make My Day victims.  Police and prosecutors have all but given up.


When Governor Rendell (D) vetoed the Castle Doctrine in Pennsylvania he did so on the advice of police and an overwhelming plea from the attorneys in the state.  A year later the new Governor Tom Corbett (R) signed it into law:

“Governor Tom Corbett has signed an expansion of the so called "Castle Doctrine" into law. The law widens an individuals right to use deadly force in self-defense inPennsylvania. The Governor signed the bill during a private ceremony in his office at the State Capitol. The State Senate passed the measure last week. Under the new law an individual has the right to use a gun or other deadly force in self-defense in situations outside a person's home or business. Last year, former Governor Ed Rendell vetoed the same bill just before leaving office. The measure was reintroduced in aGOP dominated State House and Senate”.  Again, the Grand Old Party at work!


So what’s up with these Republican state bodies that require them to expand the laws to include the right of a gun owner to be essentially a vigilante?  The answer is the National Rifle Association (NRA) is the most powerful lobby in the United States and they want more gun sales, more ammunition sales, and more people to access guns.


The National Rifle Association, which opposes most gun control bills, spent more than $14 million on campaigns at the federal level during the last election cycle. Republican presidential candidate Mitt Romney was the headline speaker at its national convention Friday in Missouri.


Another conservative think tank the American Legislative Exchange Council (ALEC) a Koch Brothers creation, holds a tight grip on states that have Republican legislators or Republican Governors.  They write the legislation the representatives put into Bills.   It’s an extraordinary relationship since the body politics in all these states take their marching orders from an outside lobby group.  Since the Martin killing, many corporate sponsors have pulled out of ALEC but nothing can touch the high holy NRA.  ALEC ratified the NRA conceived laws that may end up protecting Martin’s killer.


Anti-Gun Groups, headed by Mayor Bloomberg of New York, say it’s a “heavy lift” to change gun laws in a society more in love with their guns than their cars.  Weak legislation imposing only a higher fine on those convicted won’t even see the daylight of a vote in the current U.S. Congress.  It’s not enough for the anti-gun groups who want guns restricted in a variety of categories including the AK-47 assault rifle.  Guns that hold 33 rounds took sharp criticism from the shooting in Arizona of a U.S. Congresswoman but again, nothing has been done to reduce the type of guns or amount of ammunition a person with a simple background check can purchase.  There is no law that restricts Joe Q Public from buying a gun without a background check at a gun show.


So where do we go from here?  A roll back of the Make My Day laws could take years.  But you can be sure the media will not ignore the next kid that goes down to a gun happy shooter looking for trouble. 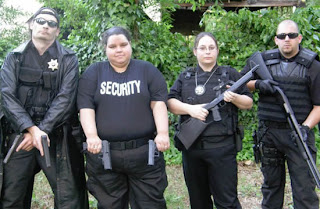