THE TIP OF THE ICEBERG 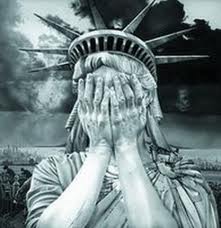 
I grew up watching television shows about American Gangsters and how the Italian Mafia set up a very lucrative operation in the US dealing with gambling, drugs, prostitution, and money laundering.  Well-dressed criminals lived in our neighborhoods, sent their children to our schools, and in some cases attended our Churches, many of whom were finally prosecuted by the Feds on charges of tax evasion.

Hollywood romanticized these “crooks” with shows like Bonnie and Clyde, Pretty Boy Floyd, the Godfather, and the Sopranos to name a few.  West Side Story, both in the theater and on the silver screen again elevated the “punk hoodlum” into a status that many high school students, at the time, tried to emulate.  But, those street thugs were nothing more than petty criminals.

Today, the criminal justice system is over-loaded with criminals and so much so that many States have created “early release” programs to assimilate those who have theoretically been rehabilitated back into society.  This is how we, as a civilized society, have decided to treat our criminally-minded citizens and rightly so.  However, these are only the obvious criminals – the ones with slick hair, rotten teeth, a crazed look in the eye, who butchers the English language and every other word is only spelled with 4 letters.

Safe and sound, we all think we are, and pat ourselves on the back for a job well done . . .
But, these criminals are only the tip of the iceberg.  Today, we have a new breed of criminal – the white collar criminal.  The college educated criminal; the Ivy-League crew-cut type; the 3-piece pen-stripe suit and wing-tip shoe type.  The one who is blessed with “smarts,” “looks,” and the “gift of conversation (but not slick salesman)” type.  Who is the new breed of criminal type?
Well, no one other than our BANKER.  The one we trust with our money.  The one we trust with our future.  The one we saw as the embodiment of the American Dream.  The one who helped us buy our house; the one who helped us send our children to college; the one who helped us build our communities, but more importantly our nation.

And, who was it anyway that said, “there’s a fool born every minute?”
Today, I read:
According to an internal e-mail, the bank told HSBC USA it had been providing offshore accounts to central banks for 20 years, because the banks wanted to avoid "Mareva" injunctions, legally enforceable orders to freeze funds.

This was revealed by a report to be released Thursday by the Senate Subcommittee on Investigations. A subcommittee staff member who worked on the investigation said, "You have a central bank saying to their banker, I don't want to have to comply with a legally enforceable order so put me offshore. So they did."                Read more

An independent credit ratings agency has cut the United States’ ratings for a second time, arguing that the country has not been successful in reducing its federal debt.  In a move that could affect the decisions of other ratings agencies, the US Egan-Jones agency downgraded America’s credit rating from AA+ to AA on Thursday.              Read more

(Reuters) – Deutsche Bank (DBKGn.DE) said it received subpoenas and requests for information from U.S. and European Union agencies as part of a global probe into interbank offered rates and that it was also being sued over alleged dollar interbank rate manipulation.  The requests came from entities including the U.S. Department of Justice, the U.S. Securities and Exchange Commission, the Commodity Futures Trading Commission, and the European Commission, Deutsche Bank said on Tuesday.  The inquiries relate to periods between 2005 and 2011, the bank said, adding it was cooperating with the investigations.          Read more 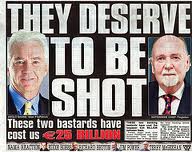 
Just like in the Treyvon Martin case, a crime has been committed but no one is going to be arrested.
Unfortunately, this has been the way the world operates for thousands of years.  Those who win the wars write the history books and those who control the money pass the laws.
If one of us had missed a mortgage payment, you can bet your “bottom dollar” that we would have been taken into court and prosecuted in a New York minute. 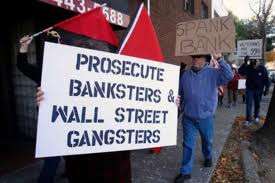 Perhaps, it is time for us to stand up for our rights like our Founding Fathers did or have we become so passive about it all, that all we can do is bitch and unanimously agree that we are simply all members of the House of Bohica.
Bend
Over
Here
It
Comes
Again
at 6:00 AM