Top Political Dissidents of All Times

Who would you think would be the top 3 political dissidents?
My personal guess would be:

Martin Luther (November 10, 1483 - February 18, 1546) was a Christian theologian and Augustinian monk whose teachings inspired the Protestant Reformation and deeply influenced the doctrines of Protestant and other Christian traditions. Martin Luther was born to Hans and Margaretha Luder on 10 November 1483 in Eisleben, Germany and was baptised the next day on the feast of St. Martin of Tours, after whom he was named. Luther’s call to the Church to return to the teachings of the Bible resulted in the formation of new traditions within Christianity and the Counter-Reformation in the Roman Catholic Church, culminating at the Council of Trent. 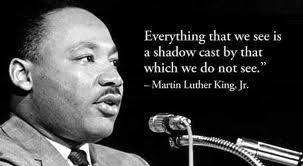 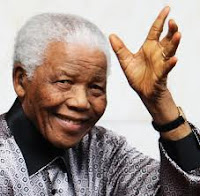 Nelson Rolihlahla Mandela was born in Transkei, South Africa on July 18, 1918. His father was Chief Henry Mandela of the Tembu Tribe. Mandela himself was educated at University College of Fort Hare and the University of Witwatersrand and qualified in law in 1942. He joined the African National Congress in 1944 and was engaged in resistance against the ruling National Party's apartheid policies after 1948. He went on trial for treason in 1956-1961 and was acquitted in 1961.  In 1991, at the first national conference of the ANC held inside South Africa after the organization had been banned in 1960, Mandela was elected President of the ANC while his lifelong friend and colleague, Oliver Tambo, became the organization's National Chairperson.

Why do we admire these dissidents?

Václav Havel (5 October 1936 - 18 December 2011) was a Czech writer, dissident, and dramatist famous for his work in the Theatre of the Absurd, who became a politician and served as the last President of Czechoslovakia, and the first President of the Czech Republic.  In a speech (1989, accepting the Nobel Peace Prize, he stated:  “I really do inhabit a system in which words are capable of shaking the entire structure of government, where words can prove mightier than ten military divisions.”

He goes on to share his own personal experiences with the audience, “You do not become a "dissident" just because you decide one day to take up this most unusual career. You are thrown into it by your personal sense of responsibility, combined with a complex set of external circumstances. You are cast out of the existing structures and placed in a position of conflict with them. It begins as an attempt to do your work well, and ends with being branded an enemy of society.”

We admire these people simply because they have the courage and strength, the emotional fortitude to stand up for that in which they believe regardless of the COSTS that their actions might have them pay while the rest of us enjoy and benefit from their sacrifices. Typically, dissidents do not think of themselves, they think of others which is something mighty powerful to admire.
at 6:00 AM