HOW DOES CREATIVITY WORK?

Creativity refers to the phenomenon whereby a person creates something new (a product, solution, artwork, literary work, joke, etc.) that has some kind of value. What counts as "new" may be in reference to the individual creator, or to the society or domain within which the novelty occurs. What counts as "valuable" is similarly defined in a variety of ways.

The most creative solutions to difficult problems often seem to come out of nowhere. The mysterious nature of the “sudden flash of insight” has given rise to the myth of inspiration – the idea that brilliant ideas are visited upon us by some mysterious force.

In fact, as Jonah Lehrer explains in his new book Imagine: How Creativity Works, neuroscientists are beginning to understand those flashes of creative genius that give rise to inventions.

Interestingly, sitting around waiting is definitively the wrong way to trigger right-brain creative activity. What gets the alpha waves flowing, facilitating the semi-dream-state in which we’re best able to connect those unlikely dots, is a change of scenery.

InnoCentive  is a crowdsourcing site where it could post its thorniest R&D problems for anyone to solve – and reap a monetary reward. InnoCentive was designed to expand Eli Lilly’s brainpower, by tapping into a larger pool of innovators than the company could ever employ.

This is further evidence of what innovation experts have long observed – that it is often the outsider who is best able to “think outside of the box” – to approach longstanding problems in an entirely new way or take the conversation in a completely different direction, precisely because she isn’t constrained by the “common sense” of the discipline.

There are many ways to boost your creativity and it really is a part of any learning experience.  An imaginative mind is one that can visualize beyond direct input and one that can explore things outside of the immediate reality and vicinity.    Read more http://learnthis.ca/2009/04/the-imaginative-mind-mental-creativity/ 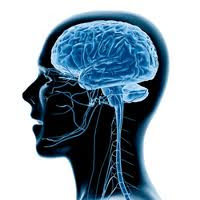 Neuroscience, the study of the nervous system, advances the understanding of human thought, emotion, and behavior.

Neuroscientists use tools ranging from computers to special dyes to examine molecules, nerve cells, networks, brain systems, and behavior. From these studies, they learn how the nervous system develops and functions normally and what goes wrong in neurological disorders.

What is the mind?

Why do people feel emotions?

What are the underlying causes

of neurological and psychiatric disorders?

These are among the many mysteries being unraveled by neuroscientists.

Neuroscience is the study of the nervous system -- including the brain, the spinal cord, and networks of sensory nerve cells, or neurons, throughout the body. Humans contain roughly 100 billion neurons, the functional units of the nervous system. Neurons communicate with each other by sending electrical signals long distances and then releasing chemicals called neurotransmitters which cross synapses -- small gaps between neurons.


Creativity is the act of turning new and imaginative ideas into reality. Creativity involves two processes: thinking, then producing. Innovation is the production or implementation of an idea. If you have ideas, but don’t act on them, you are imaginative but not creative.” — Linda Naiman
﻿﻿﻿﻿ 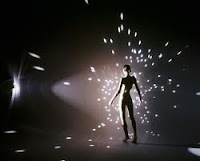 Endnote:  I was a Malcolm Baldridge National Quality Award Examiner from 1993-1995 and was a member of the auditing team in 1993 when Eastman Chemical Company in Kingsport, TN won the award, but this is a post for another day.