What's In Our Future?

It Is What It Is
by Alex Hutchins 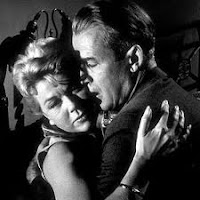 "Que Sera, Sera (Whatever Will Be, Will Be)",[1] first published in 1956, is a popular song which was written by the Jay Livingston and Ray Evans songwriting team.[2] The song was introduced in the Alfred Hitchcock film The Man Who Knew Too Much (1956),[3] starring Doris Day and James Stewart in the lead roles.[2]

Is the future going to simply happen that easy . . .  that whimsical, because someone knows too much?  And, when it does, we will all probably say:  “It is what it is.”

Number two is Singularity which is the hypothesized creation of smarter-than-human entities who rapidly accelerate technological progress beyond the capability of human beings to participate.  Vernor Vinge originally coined the term "singularity" in observing that, just as our model of physics breaks down when it tries to model the singularity at the center of a black hole, our model of the world breaks down when it tries to model a future that contains entities smarter than human. 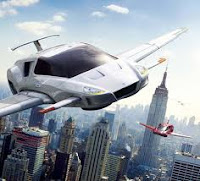 This is a far leap from Doris Day and the decade of the fifties; but, our knowledge is growing almost exponentially.  Let me clarify.  Back in the 50’s and 60’s the half-life of knowledge (the time it takes for old knowledge to be replace with new knowledge) was 10-12 years.  At the turn of the century, the half life of knowledge was about 2-3 years and in 2012, it is somewhere between 6-18 months or less.

America is not the only country that produces and educates scientists; we have competition from Germany, Russia, China, India, and Japan just to name a few and the gap is closing on the US as we struggle to maintain our technological superiority.

Today’s youth and future scientists seem more interested in rock bands and American Idol, How I Met Your Mother television shows, getting high, driving fast, and being “cool,” than they do with becoming involved with our future’s succession planning, that does not reinforce through immediate gratification.

Why did the Roman Empire fail in the 5th Century AD?