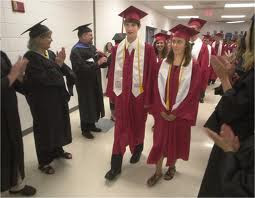 And, with this “dawn of enlightenment,” and as we march 2 by 2 into this new battlefield are we encouraged or discouraged by what lies ahead? 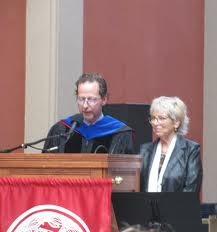 Graduation speakers read their words of  ENCOURAGEMENT to young mind from Ipads, scrolling down instead of flipping pages as their digital image is projected on huge screens behind them for all the stadium audience to see while others, in the audience, text their friends coordinating the place-to-be after the event has concluded.

And, as the Highway Patrolmen direct the slow moving traffic of those wanting to leave the graduation scene, they talk on their cell phones with one hand while the other while the other moves or stops the vehicles coming at them from all directions, like Patton moved tanks in World War II. 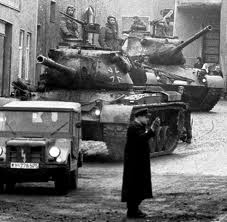 So, where are these young graduates headed with this age of “high technology?”  Into what new frontier will they march as their open minds fixate on leaving the past behind them?  Into what new adventures will they begin to apply their knowledge and skills?

Virtual Reality Simulations are used by both the military and multinational corporations to teach “new recruits” expectations of what lies ahead just as easy as when they played video games as a teenager.

We have learned to communicate in streaming world of digital reality where texting on the phone with both thumbs has replaced talking on it.  Soldiers can complete their online classes via satellite while being deployed to a war zone, instead of having to wait until the conflict is over to expand their minds. 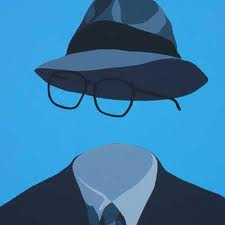 We are rapidly becoming anonymous, like Ellison’s “Invisible Man,” or Kafka’s “The Metamorphosis.”  We are learning to scream and yell without opening our mouths; hate without being face-to-face, and lie without the slightest provocation because we have taken on the persona of our avatar.

According to an article published Sunday, June 3, 2012, 68% of High School graduates in 2011 attended College.

Email ThisBlogThis!Share to TwitterShare to FacebookShare to Pinterest
Labels: education