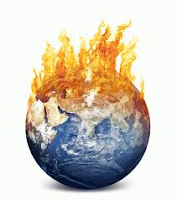 The August 7 print edition of the Danish Jyllands-Posten, features a full 2-page article bearing the headline: ”The behavior of the sun may trigger a new little ice age” followed by the sub-headline:

“Defying all predictions, the globe may be on the road towards a new little ice age with much colder winters.”

The JP writes that “many will be startled” by the news that a little ice age is a real possibility. Indeed, western citizens have been conditioned to think that nothing except warming is possible. Few have prepared for any other possibility.

In its latest 2-page report, the JP now appears to tell its readers that our views on climate science have to be much more open minded and unshackled from the chains of dogmatism.

JP starts by reminding readers that it was just over 100 years ago that the world had clawed itself out of the little ice age, which extended from 1400 – 1900, a time when the Thames river often froze over. All paths in determining the cause of the little ice age all seem to converge to a single factor: solar activity.  Read more:

Senator Barbara Boxer said Thursday that wildfires like the fast-moving Silver Fire should be a wake-up call to the reality of climate change.

The Silver Fire near Banning grew to 14,000 acres Thursday and prompted additional mandatory evacuations. It was 20 percent contained as of Thursday evening.

Boxer charges that climate change is contributing to what could become one of the worst California fire seasons in a century, with hotter, dryer and longer summers fueling the fires throughout the west.
Among those doubters is Orange County Congressman Dana Rohrabacher.

“I challenge Barbara Boxer to a debate on climate change, on global warming,” the congressman said. “I challenge her to defend her positions, and not just call a bunch of names, not just try to scare the public into accepting her expansion of government power over our lives.”

Debate over the plausibility of a catastrophic release of methane in coming decades due to thawing Arctic permafrost has escalated after a new Nature paper warned that exactly this scenario could trigger costs equivalent to the annual GDP of the global economy.

Scientists of different persuasions remain fundamentally divided over whether such a scenario is even plausible. 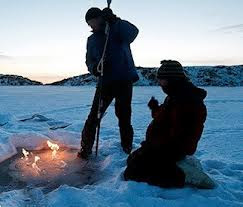 Carolyn Rupple of the US Geological Survey (USGS) Gas Hydrates Project told NBC News the scenario is "nearly impossible." Ed Dlugokencky, a research scientist at the National Oceanic and Atmospheric Administration's (NOAA) said there has been "no detectable change in Arctic methane emissions over the past two decades." NASA's Gavin Schmidt said that ice core records from previously warm Arctic periods show no indication of such a scenario having ever occurred.

"There is no evidence that methane will run out of control and initiate any sudden, catastrophic effects."  Read more: