What is Global Awareness?

What is awareness and how does it differ from knowledge? Simply stated, knowledge is what we know to be true within our own context and experience.

Global awareness involves a recognition and appreciation of the size, complexity, and diversity of the earth conceived as a single entity. It is literally a worldview. 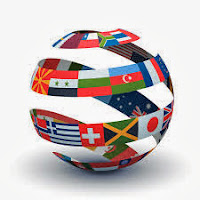 It enables us to perceive the vastness of the world, its dynamic complexity, and the diversity of its peoples and cultures. Awareness, much like mindfulness, knows that we don’t know, that there is a realm of knowing that exists outside our direct experience which is often identified with intuition.

Ignorance or the state of not knowing-and not knowing that we don’t know-can be particularly embarrassing in intercultural encounters.

Like it or not, in cross-cultural social interaction, we are judged by our lack of knowledge about people, places, and things of other cultures. 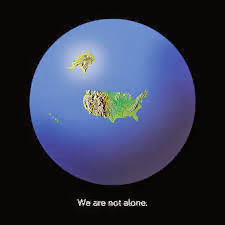 Global Awareness is a conceptual understanding based upon an applicable knowledge of global and cultural perspectives.

The understanding of concepts that impact the world encompasses, but is not limited to, environmental, social, cultural, political, and economic relations.

Diversity is the recognition of differences and commonalities among people from which they can begin to understand each other.

These differences and commonalities include, but are not limited to, ethnicity, religion, age, gender, culture, cognitive ability, life experiences, family situations, and sexual orientation.

How many Continents are there in the world?


Well, it may surprise you but there are 7 continents however some experts think that continents can be combined especially in light of recent political and economic connections leaving the number as low as 4.  See illustration below.

How Many Countries in the World?

NOTE: On Saturday, July 9, 2011, southern Sudan declared itself the independent country of South Sudan. This is the culmination of a six-year process that ended a long, brutal civil war that caused the deaths of millions. This is a current event, and information and details could possible change over the coming months.

As of May 1, 2008, the United Nations has 192 official members (including Montenegro and Serbia - the two newest nations). That number does not include the Vatican, and it doesn't (yet) include Kosovo (disclaimer).

Most of the current World Almanacs use 193 countries, which is probably the best answer, but what about Kosovo? (disclaimer) Palestine? Greenland? Western Sahara? Or now, South Sudan?

The US State Department recognizes 194 independent countries around the world, but that list of countries reflects the political agenda of the United States of America. As an example, it includes Kosovo, but does not include Taiwan, as China claims that Taiwan (the ROC) is simply a province of China.

Regarding England, Scotland and Wales, though all are widely considered individual countries, they are all still a part of the United Kingdom (UK), a recognized European country by the United Nations, United States, and others, and therefore included within the United Kingdom on our country list below.

Regarding Greenland: It voted in favor of increased self-rule in November 2008 and acquired complete responsibility for internal affairs in June 2009. Denmark, however, continues to exercise control of Greenland's foreign affairs, security, and financial policy in consultation with Greenland's Home Rule Government.

In that regard, Greenland is still a part of Denmark, and not recognized as an official independent country. In fact, it's a constituent country; a country that is part of another entity, such as a sovereign state. In this case, the country of Denmark.

Global Population is over

See article below for more information on Asia...