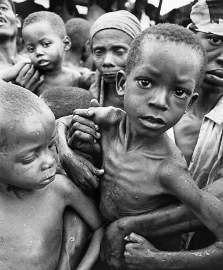 The World Bank announced that the Millennium Development Goal (MDG) of reducing the number of people living in extreme poverty by half has already been met, five years ahead of schedule.

Now, as we look ahead to what follows after the 2015 deadline for the MDGs, leaders like World Bank President Jim Yong Kim have articulated a new goal: Eradicate extreme poverty by 2030. We should be so ambitious as to send extreme poverty the way of smallpox and polio.

To reach that new goal, however, we need to redefine "extreme poverty" in a more precise way.
The $1/person/day measure of extreme poverty (since recalibrated to $1.25/person) has been a useful "bumper sticker" communications device for drawing attention to the estimated 1.2 billion people living in conditions of extreme poverty.

But, as with any generalization about a billion of anything, it is too broad to frame our coming challenges. 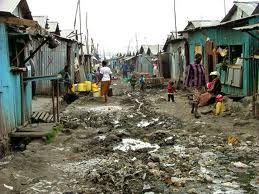 To make meaningful progress on a 2030 goal, we will have to focus on the 300-400 million people who live in "ultra-poverty."

They struggle to survive on the equivalent of $0.50-$1.00/day. They lack productive assets and, as a matter of survival, must prioritize daily consumption over longer-term investment in savings or starting their own businesses.

People living in ultra-poverty are too poor even for small micro-credit loans, and are frequently overlooked by government poverty programs and large international poverty organizations.

Reaching them - and helping ensure that post-2015 goals are realistic - won't be easy. They are physically hard to reach. Eighty percent of the ultrapoor live on the fringes of remote,rural villages in the developing world. 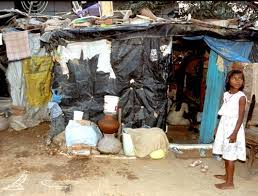 You reach them after long drives that begin on four-lane highways that turn to two, turn to one, then to gravel, then to dust.

At the end of the road, the face that will almost always greet you will be a woman's. Eighty percent of the ultrapoor are women and many of them are mothers. It's likely that she'll be indigenous or come from an ethnic minority. In many cases, she may have a disability.

She is confronted by the enduring legacy of life without access to education and the threat of sudden illness without recourse. She faces exclusion from the social ties of her community and the economic opportunities of local markets. Living hand to mouth, she and her family often don't have enough to eat.

Hunger runs deep, all the way to dignity, and she may put an empty pot over a fire in front of her home to hide her hunger from her neighbors.

In India, her name is Sushila Phulbargia, in Guatemala, Magdalena Tambiz, in West Africa, Aminata Porgo. And when you see her face, what you may expect to find there is all this -- the mark of an intense poverty. 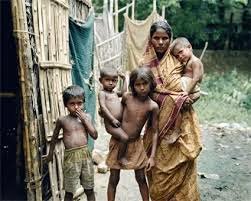 What's there instead is

a fierce tenacity, resilience, and perseverance.

When the United Nations meets in September 2015 to tally the final results on its Millennium Development Goals, it's likely that the ultrapoor will stand as the population with the least progress out of poverty.

They need the attention -- now -- of policy makers, funders, nonprofits and others committed to rooting out extreme poverty at its deepest levels. As it formalizes its post-2015 agenda, the UN's new bumper sticker is "leave no one behind." It's the right message.

When we have collectively helped hundreds of millions of people move out of profound conditions of poverty and vulnerability, then we will have truly eradicated extreme poverty at every level. 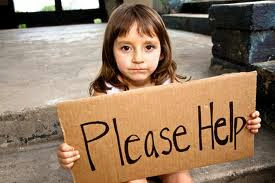 World's Poorest Countries
The rankings below were published in the United Nation's 2011 Human Development Report and reflect the countries with the lowest human development.

World's Poorest Countries | Infoplease.com
at 7:28 AM