PWINDX is an acronym for Power Index and refers to an country’s ability to have superior firepower over the rest of the world.  PWINDX was developed by the CIA and is used by the US
to anticipate any current or future military threats to national security.

What the reader (chart below) should find most curious is the fact that by 2030 the US will rank second to China and 2050 will rank 3rd behind China and India.

However, a lot can happen in 37 years…

And, with a very sluggish economy, our current wealth disparity, our current debt load, and an infrastructure that is badly in need of a face lift, I would suspect that Americans will be gradually experiencing a dramatic change in lifestyle. 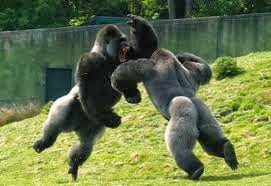 Most Powerful Nations at Given Years
The following is a list of the five most powerful nations at a specific year according to the Atlantic Council and the International Futures model.

Firepower is the military capability to direct force at an enemy. It is not to be confused with the concept of rate of fire, which describes cycling of the firing mechanism in a weapon system. It involves the whole range of potential weapons. The concept is taught as one of the key principles of modern warfare wherein the enemy forces are destroyed or have their will to fight negated by sufficient and preferably overwhelming use of force as a result of combat operations.

Through the ages firepower has come to mean offensive power applied from a distance, thus a ranged weapon, as there is an immediate dissonance with the thought of one-on-one close quarters combat.

Firepower is thus something employed to keep enemy forces at a range where they can be defeated in detail or sapped of the will to continue. For naval artillery, the weight of a broadside was long used as a figure of merit of a warship's firepower.

The earliest forms of warfare that might be called firepower were the slingers of ancient armies (a notable example being the biblical story of David), and archers.

Eventually, the feared Huns employed the composite bow and light cavalry tactics to shower arrows on the enemy forces, a tactic that also appeared in a less mobile form in Britain, with its famed longbowmen, used during the various Anglo-French conflicts collectively known as the Hundred Years' War during the Middle Ages.

The Battle of Crécy is often thought of as the beginning of the "age of firepower" in the west, where missile weapons enabled a small force to defeat a numerically superior enemy without the need for single combat.