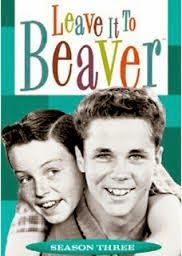 During the summer of 1963, I, along with my brother, accompanied our parents to Cairo, Egypt via a trans-Atlantic voyage on the Holland Line (first class) and several airplane (second class)  stops in Europe, specifically Italy, Greece, and Turkey.

We arrived in Cairo early in the afternoon of an extremely hot but low humidity day in September, knowing that the school year had already started and we would have to catch up on all of our studies.
Our family was temporarily housed in the Embassy Guest House which was 4 stories high with small apartment areas on each floor.

I immediately claimed the top floor as “my space” to which the rest of the family agreed since no one but me was willing to walk up all those flights of stairs.

Attending school was a real “shocker” for me because grades 1-12 were all housed within the same compound beside a military camel depot that took me weeks to ignore the smell.  There was very little grass inside the compound with sun and sand was everywhere, making it imperative that I wear wrap-around sun glasses all the time.

Making friends was easy but “fitting in” not so as I soon discovered further broken down into smaller clicks of people who had been in foreign service for several years to those who had been in Egypt so long that they spoke fluent Arabic.

Sami Wahab, an Ethiopian with an infectious smile and black as the “Ace of Spades,” took me under his tutelage and we soon became the best of friends.  From the very beginning, he talked with me in class and sat with me during lunch, outside at picnic table under a large canvas canopy.  It was through his introductions that I got to know all the other students:  28 students representing 18 different countries. 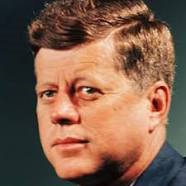 One evening as I lay on the bed in my 4th floor sanctuary listening to music from a transistor radio tuned in on Voice of America, I was startled by my mother yelling up at me that I had a telephone call.  It was about 9:30 pm in the evening of 11-22-63 that I took the phone receiver from my mom and listened to Sami Wahab tell me that the President of the United States had just been killed.

We talked a few minutes then I politely told Sami I needed to go and shared the news with my parents regarding what Sami had said.  And, try as I might, I recall no more about that evening.  The truth was verified at breakfast the next morning and our school day was far from ordinary.

None of us could really believe what had just happened and being so far away, we did not get a chance to experience what we heard was taking place in America.  But, one thing is for sure, my life…  our lives…  were forever altered as that which we thought would never happen, happened.

Life was no longer simple.

Life was no longer innocent.

The joys of life were over-shadowed by life’s ugliness and we all changed…  and, we never returned to the way it was before.
at 7:30 AM

Email ThisBlogThis!Share to TwitterShare to FacebookShare to Pinterest
Labels: history