One Child No Longer

China has pledged to loosen its one-child policy and end a controversial "re-education through labor" program, state media reported on Friday, days after the conclusion of a meeting of top Communist party leaders in Beijing. 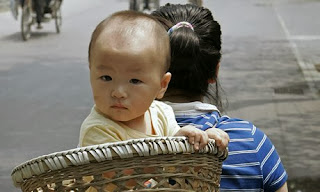 China will also end its controversial re-education through labor program, a system of administrative, extralegal detentions which can send people to prison for four years without conviction. Activists and human rights groups have long criticized the system as giving authorities the power to detain critics and opponents without due process. Details of the two policy shifts and timelines for their implementation are still unclear.

The reforms were decided at the Communist party's third plenum, four days of closed-door meetings among about 400 top party leaders, intended to design a blueprint for China's development over the coming decade.

The controversial one-child policy, introduced in 1979 to keep population growth in check, has been gradually relaxed in recent years. While most Chinese people are still only allowed to have one child, some groups, including ethnic minorities and disabled people, are allowed to have two.

The policy change "should lead to a significant reduction in the abuse of human rights, in terms of forced termination", said Steve Tsang, a professor of Chinese studies at the University of Nottingham. "This is still a very, very, very big issue, and it is one of the most regular abuses of human rights that happen in China."

Tsang said China's unwillingness to abolish the policy altogether suggested it was more concerned with the economic, rather than human cost. "Until now, the growth of the Chinese economy has been propelled by a demographic surplus, and that has been turning into a demographic deficit," he said.

Xinhua said the re-education through labor system would be abolished "as part of efforts to improve human rights and judicial practices".

The Communist party established its re-education through labor system in 1957 under Mao Zedong, to penalize "counter-revolutionaries" outside of judicial channels.

But more recently, local police use it to extra-legally detain petty criminals, such as thieves and prostitutes, as well as political dissidents and members of banned religious groups.

Detentions may last up to four years, and while there are no official statistics, as many as 2 million people could be in detention at any given time.
at 2:00 PM