More than 40 percent of people say listening to music can help alleviate pain, with songs by Elton John, Robbie Williams and Simon and Garfunkel among the favorites, a new British survey out Thursday said.

Music seems to have an even bigger impact for younger people, with two-thirds those questioned aged 16 to 24 claiming it helps them manage pain, according to the study by Lloyds Pharmacy group.

Pop music is the most popular genre for sufferers, helping to alleviate pain for 21 percent of people, followed by classical 17 at percent and then rock or indie at 16 percent.

The company is currently trying out the use of music within the pain relief service it provides. 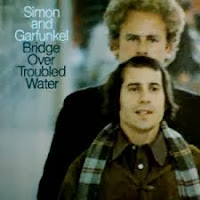 The survey found that the top five most helpful songs selected by people living with persistent pain are:


An estimated 10 million people in Britain experience some pain most days, Lloyds Pharmacy said.
The company based its research on responses from over 1,500 people living with persistent pain.

"There are lots of different ways of managing pain, not only with medicines but also with lifestyle changes such as moderate exercise and relaxation," said Andrew Mawhinney, a Lloyds Pharmacy pharmacist and pain expert.

"After speaking to many people who are living with pain, we were interested to learn just how many found music beneficial".

David Bradshaw, a Research Assistant Professor at The University of Utah Pain Management Center said: "People in pain should try to find some activity to get fully engaged in.

"Listening to favorite music is excellent for that because it can involve both thoughts and feelings."
at 7:30 AM