Where Will It End?

Councilman Robert Jackson (D-7th) is the only Muslim on the New York City Council and has called for adding Eid al-Fitr at the end of Ramadan, and Eid al-Adha, which honors the willingness of the prophet Ibrahim to sacrifice his first-born son Ismail, according to published reports. 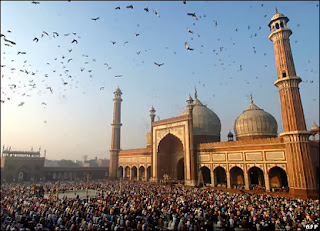 “If this is the melting pot of our great society, it has to be flexible enough in order to move in a direction of inclusiveness, and that’s all that we’re asking for,” Jackson said.

Jackson said Muslim students now make up about 12 percent of the city school population.
He said he does not want a repeat of several years ago, “where they had a big statewide exam on our holy holiday.”

By Jackson’s count, the two Muslim holidays would only require extra days off five times over the next decade. 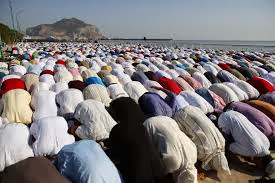 But some critics have said adding holidays to the school calendar is not a good idea – particularly given the proposals to add additional holidays for other faiths and cultural celebrations too.

New York State Assembly Speaker Sheldon Silver (D-Manhattan) believes children should also be given days off for the Chinese New Year. City Councilman Daniel Dromm (D-25th) said a day off should also be awarded for the Hindu holiday of Diwali.

Community member Ravi Batra of the National Advisory Council on South Asian Affairs called Diwali “an American landmark to be achieved on the road to fostering as Thomas Jefferson said a more perfect union it is ‘E pluribus unum’ in action.”

But passersby at Flatbush and Atlantic avenues in Brooklyn said the holiday proposals are getting out of hand, 1010 WINS’ Carol D’Auria reported Saturday.

“We all have some holidays in common, but to celebrate every one of them is a lot,” one man said. “It’s too many, I think.”

“If you give everybody off holidays, then the children will never be in school,” a woman said. “I think that our children need to be in school at all times, because they need to be educated.”

Soon-to-retire Mayor Michael Bloomberg does not like the idea either.

“The mayor believes our students need more time in the classroom, not less,” said Bloomberg spokesman Jake Goldman. “When you have a city as diverse as New York, you simply cannot add a holiday for every religion.” 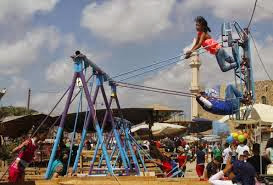 By law, children must attend school for 183 days, and any holidays they are given off must be made up during the school year, the newspaper reported.

The city hasn’t added a school holiday in 27 years – since Martin Luther King Day was put on the calendar in 1986.

Public schools already observe 13 holidays, ranging from the religious, Christmas and Rosh Hashanah, to the patriotic, Veterans Day and Memorial Day, to the historic, Columbus Day.
at 2:30 PM