Google has opened its first ever data centers in Asia as it looks to boost its growth further in the region.

The move comes as a growing number of people in Asia - which is home to more than half of the world's population - are getting connected to the internet.

Google said that having data centers in Asia will help it to provide faster and "more reliable" access to its tools and services to users in the region.

The two new centers are based in Taiwan and Singapore.

"The growth in Asia's Internet has been amazing," Joe Kava, said Vice President of data centers at Google. 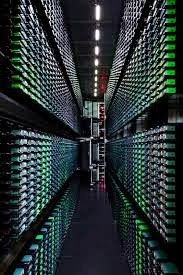 "Between July and September of this year alone, more than 60 million people in Asia landed on the mobile internet for the first time which equals to 2 areas the size of Canada and 3 areas the size of Australia.

"And this growth probably won't slow for some time, since the majority of people that have yet to come online also happen to live in Asia," he added.

The rapid speed at which internet users in the region have been growing, has turned Asia into a key market for internet firms.

Meanwhile, India - the world's second most populous country after China - has seen the number of users double to 200 million just in the last two years.

It took six years to achieve a similar growth in the US, according to Google.

The firm said it plans to invest $600m (£365m) in the long run in the Taiwan data center - the bigger of the two facilities in the region.

NOTE:  This is just more evidence that the Global Economy is shifting from the US to Asia.  So, can you imagine what this will mean for American Workers, the American Lifestyle, and the American Economic Reputation in 3 to 5 years from now?
at 2:00 PM