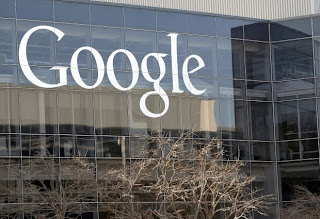 While touting green technology, and lobbying the federal government on environmental policy, Sergey Brin, Larry Page, and Eric Schmidt have put 3.4 million miles on their private jets in recent years, polluting the atmosphere with 100 million pounds of carbon dioxide. Their trips, according to flight log data I analyzed, included single-day jaunts and brief corporate meetings, but also what appear to be hundreds of exotic vacation destinations. 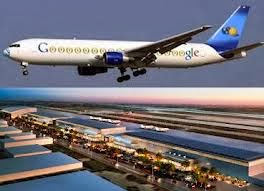 Few Americans would care that a successful tech company with substantial travel demands and nearly $60 billion in revenue over the past year maintains a fleet of private jets that guzzle fuel by the millions of gallons. But Google uses campaign contributions to strong-arm federal lawmakers into hamstringing everyone else with restrictive environmental regulations, while Google execs cavalierly jet off to exotic vacation spots around the globe on the taxpayers’ dime.

Google has been a leading proponent of encouraging the federal government to, as the company says, “put a price on carbon through cap-and-trade or a carbon tax.” Through its “Google green” initiative, as well as its “Clean Energy 2030” proposal, Google has urged the U.S. to shutter coal plants, and dictated what types of cars Americans should drive.


Cap-and-trade and carbon tax schemes are relatively harmless to tech companies like Google, but would ravage America’s manufacturing sector. Job losses and the resulting spike in the cost of consumer goods associated with restricting carbon dioxide emissions may not be a concern to bigwigs at Google, but they would devastate huge numbers of American families.

We know all too well in the Obama stimulus era that ideological projects like Solyndra are losers with zeroes on the end, but Google still receives up-twinkles when it joins the Kumbaya drum circle – something it’s happy to do to maintain its hip appearance among the young adults.
at 2:00 PM