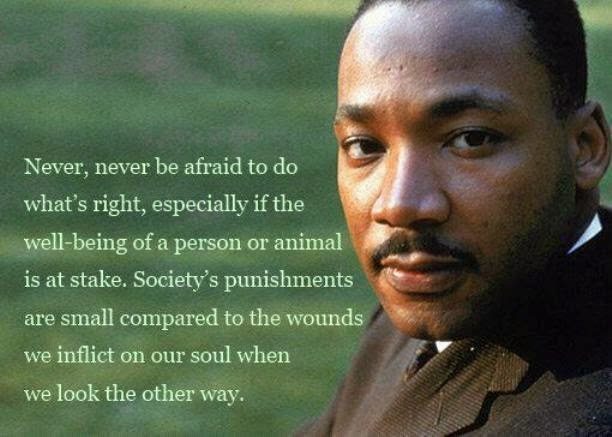 He is most well-known for his campaigns to end racial segregation on public transport and for racial equality in the United States.


Martin Luther King Day is a relatively new federal holiday and there are few long standing traditions. It is seen as a day to promote equal rights for all Americans, regardless of their background.

Some educational establishments mark the day by teaching their pupils or students about the work of Martin Luther King and the struggle against racial segregation and racism. In recent years, federal legislation has encouraged Americans to give some of their time on this day as volunteers in citizen action groups.

Martin Luther King Day is a federal holiday, but has slightly different names in some states. Non-essential Government departments are closed, as are many corporations.

Some schools and colleges close but others stay open and teach their students about the life and work of Martin Luther King.

Small companies, such as grocery stores and restaurants tend to be open, although a growing number are choosing to close on this day. Some compensate by opening on Washington's Birthday instead.

Recent federal legislation encourages Americans to give some of their time on Martin Luther King Day as volunteers in citizen action groups. Public transit systems may or may not operate on their regular schedule.

Martin Luther King was an important civil rights activist. He was a leader in the movement to end racial segregation in the United States.

His most famous address was the "I Have A Dream" speech. He was an advocate of non-violent protest and became the youngest man to be awarded the Nobel Peace Prize.