While in high school, I was not a good student but I was a good athlete with natural abilities the coaches would tell me in football, basketball, baseball, and track & field; however, not good enough to receive athletic scholarships; so, I spent my senior year just having fun and enjoying what I could as I could with no cares about my future. 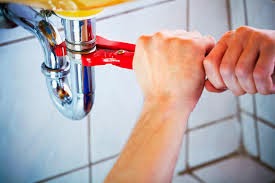 I attended a small college because I felt more comfortable in those kinds of environments but those first two years of classes as I floated about without a designated major were not pointing me into any direction at all.

I was disillusioned about college and was not happy which was exacerbated that I was attending what was called a “suitcase” college (everybody except a handful left every weekend) and spent many long weekends by myself wondering about wondering what I was going to do.

After discussions with my parents, I went to a larger university one weekend and spent 8 hours taking tests that would point me in the right direction.

Towards the middle of the first semester of my 3rd year, I was sent a letter and told to make an appointment so my long awaited results could be presented to me.

I really did not have any idea or expectations about what I was going to hear although I heard the last thing that I wanted to hear or so I thought that I was not college material because I lacked the wide variety of interests to be there.

I should find a job outside using my hands like a brick mason or a carpenter or a painter although mainly painters worked inside nowadays, I thought to myself.

Once my only 2 friends heard the news they said I should build brick out-houses and then paint them... it was enormously funny to them but I was devastated and was so depressed I just did not take any of my final exams at all and decided I was not going back.

My parents were disappointed but said I should find a job, so I looked and looked and looked and everytime I sat down in the interview chair talking to the “fat” little man on the other side of the desk explaining my situation, they would always tell me, “ you need to get your military out of the way and then I could possibly consider you since you have have some college.”

My depression worsened and out of desperation, I joined the US Navy and was pleased when they accepted me knowing I could finally tell my parents I had a job. They were more anger than I had ever seen them because there had never been an “enlisted man” in the history of the family until now.

I told them that I had requested a tour in Vietnam so many if I died with dignity they would have something to talk about at their bridge club.

I left the house and did not come back for almost 10 years.

I got married, spent my time in the military, returned to school and finished my BA degree, got a job and then pursued a Masters degree before I finally decided to return home. I was treated very much differently this time.

Throughout my 45 year management career, I perfected my management skills and was able to climb up the ladder in a variety of companies acquiring an ever increasing amount of salary, power & control, and prestige.

I made enough money so that whenever there were problems around the house, I would simply hire a plumber, an electrician, a carpenter, and yes a brick mason. Boy, did I prove that man and his tests wrong I would think to myself and smile internally.

However, once I retired and needed something fixed around the house I realized I had no “blue collar” skills and found myself in another period of “funk.”

I could not fix a leak in the sink or bathtub.

I could fix an electrical problem unless it was simply changing the lightbulb which I knew with confidence I could do without any issues at all.

I could not hang sheet rock... but, I could paint... or so I thought. One weekend when we were painting the living room, I noticed my wife was re-painting everything that I had just painted with the roller.

I asked her about that and she said she was just covering up some thin spots.

I knew that was not true and told her so...

...which was a HUGE mistake and I was no longer allowed to paint inside the house from that point on but I could still paint outside... great, I thought... but then, soon realized there was nothing outside to paint.

I have no blue collar skills so now I have the blue collar blues... and no, I already thought about that and it would not make a good country song.

This was strongly brought home to my attention today as a matter of fact when I realized the faucet on the kitchen sink is loose and I have no idea how to fix it... and, a piece of molding fell down off our newly installed cabinets and I do not have the right tool or piece of equipment that fires that tee tiny nail into the wood,

My wife tells me that I should just try and not say that I don't know how and in the process of trying I will find a solution. Well, I tried that and made the situation worse because I did not know what I was doing.

To make matters mentally worse on my fragile mental state, I have watched several Utube 3-5 minute clips of how to tighten a water faucet and they all make no sense to me because where there should be more explanation there is none.

Plus, have you ever noticed that when the star of the plumbing video is seen underneath the sink tightening, there are never any pipes in his way, especially not like my pipes. I cannot get my hand between the two sinks to the back, nor can I get my arm under the pipes and up on the other side.

Maybe I should have become a brick mason after all...
at 8:00 AM