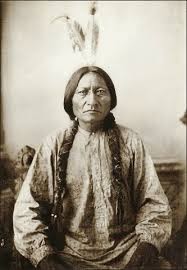 During the last few days, possibly weeks, I have posted articles that have been critical of America, her leaders, and her direction; but, I would like to make myself clear that I am proud to be an American and would not give up my citizenship for all the tea in China.

I was born an American first and a Southerner second and I am proud of both traditions. And, it would appear that there is an actual paper trail on my father's side of the family that traces my roots back to Charlemagne.

Henry Louis Gates Jr. (Skip), Harvard Professor and host of the PBS series Finding Your Roots, is the one who researched, prepared, and presented our family history. He told me that I was as white as white could be, at least on my father's side of the family. On my mother's side, our roots go back to Africa.

I was taught constructive criticism in college and that has been the approach that I have always tried to take and as I point out flaws with the process or with the organization, it is not because I am just being hateful, but because I care deeply and want to make it better.

Nothing will ever get any better if you cannot see one's own faults.

But, how many PhDs do you know or speculate that they might admit they do not do a good job at teaching their students let alone adults? I would say a big fat NONE. Why? First of all, it is obviously embarrassing to admit that and secondly, they might get fired for admitting that, unless they are on tenure then there would be no need to improve at all.

It was said or rumored that during President Kennedy's administration, there was “tunnel vision,” because no one wanted to be the one to tell the President any bad news, so everything was not only good but good to go. That attitude is extremely dangerous because it gives one a false sense of security and peace-of-mind.

So, I am critical of those I care about in an effort to make it better. If I did not care, I would say nothing and probably just walk away...

America is the only country in the world that has the kinds of FREEDOMS that we have in this country today and with those freedoms comes all sorts of issues understanding them and regulating them for the benefit of the whole.

Our strength lies in our difference that has been brought about through immigration. Those that fled the persecution of their respective countries came here and were given the opportunity to be whatever they wanted to be.
Some became gangsters and criminals while others became lawyers, engineers, teachers, and doctors, opening the door for an improved quality of life for future generations.

While our educational system K-12 is no longer the best in the world, our Colleges and Universities on average are second to none. And, there are some exceptions: Cambridge and Oxford in the UK and IIT (India Institute of Technology) in India, and Cairo University in Egypt.

While other countries have excellent Armies, Navies, and Air Forces, the American Military branches are by far the best equipped and the best trained in the world, especially our Special Forces like the Navy Seals.

And no country in the world has the level of Professional Football, Basketball, or Baseball that we have in America, although there are professional athletic teams in Canada and Europe.

But, with all that said, America is in fact broken because of its uncanny focus and preoccupation with greed and the acquisition of money and wealth to the exclusion of all else. Our business are running amok and our religious institutions deliver spirituality on a stick to hypocritical believers who do not practice what they preach the other 6 days of the week.

America is splintering into Special Interest Groups that are undermining our “United We Stand, Divided We Fall MOTTO.

My mother, who is still alive at 95 years old and going strong, taught me many valuable lessons whether she intended to or not. She gave me my appreciation for the Arts and for knowledge brought about through reading, but one of her most remembered comments was this:

This I fear is currently happening in America by those of us who don't want to deal with the realities of life but would rather see everything as positive and inspirational.

I have always loved a party and a good parade.