The Sport They Call Golf 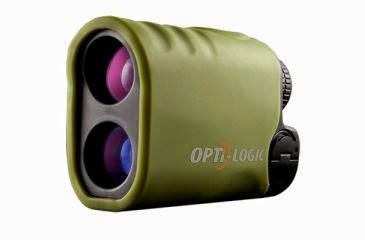 I have never been one to . up the game of golf as it seems rather silly hitting this little ball around well manicured lawns, around trees and swamps, and pits of sand, all to see if you can take fewer hits or shots or strokes or whatever they are called than you did the last time.

Very few people go out onto the golf course and play a “round of golf” by themselves as they always need to be in a foursome while sometimes a twosome is permitted if the course is not busy. If you see anyone alone on the course they are usually practicing their putting or they are out on the driving range hitting a bucket of balls.

And while I am not interested in taking up this so-called sport, I did hop into a golf cart with my brother one afternoon to have some brother time while he got permission from the steward to go out on the course and simply play a few holes.

As we were driving to his first tee area, he explained to me that the traditional golfer never used a gold cart as it was all walking; in fact, all the golfers must walk during all PGA competitions. A caddy, he explained, typically would carry the gold bags of 2 players, one on each shoulder.

At the tee, my brother situated something on the ground on which he place the golf ball and after he tried a few practice swings, he raised his arms back and swung with all his might it seemed. I looked as he swung but could not find the ball in the air.

DEFECATE although it was articulated with the shorter version with the “i” extended well beyond its normal length of time.

I wondered if all golfers needed to talk like this.

My brother muttered something to himself about staying focused and paying attention... then, he put down another ball and smacked it hard again.

This time, he was pleased with what he had done and walked briskly back to the cart, put his club in the bag on the back, and jumped into the seat and off we went.

“Did you see where it went,” he asked?

“No,” I responded in an apprehensive tone.

“I think I have a pretty good idea,” he said jovially.

Around and around and around my brother drove the cart, weaving in and out of trees, as we went this way and that looking for that one ball he hit well. He finally spotted it and headed in that direction. Once there he held something up in the air and asked if I knew what it was. I shook my head no but wondered why he thought I would know what it was.

It is a spotter, I think is what he called it and it is used by golfers (actually it is the job of the caddy) to view the flag on the green through the telescope like lens device and once you have the flag inside this red circle, the button on the top is pushed down and the number of feet is display at the bottom of the screen, indicating its distance from our location.

Isn't that cheating I thought to myself, not wanting to appear naïve and stupid in front of my brother, but come on, isn't that part of the skill of the sport is to estimate that distance.

So again, my brother explained that the distance let him know which club to use as they are rated by distance when hit perfectly.

As if he heard my mind thinking the word “cheating,” he explained how just knowing the distance and which club was only a minor part of the skill that was required. One had to know how to properly hit with each club and that took practice.

One had to take into consideration the velocity of the wind and from what direction was it blowing as well as how the ball would roll or bounce and in what direction. The height of the grass is also a factor in how the ball is hit.

Then there is trajectory calculations that can be done if you want to get that advanced in calculating your next shot.

Again, I thought to myself, doesn't that take the fun out of the sport if it is that scientific... and, if it is really that scientific why not just do those calculations on paper and save yourself all the walking and practicing.

Apparently getting the proper swing down and mastered is not as easy as it seems because my brother said that I did not want to know how much money he has paid to a trainer to help him get his swing to the quality it is today.

He was absolutely correct with that one as I could care less how much money he spent.

All total, my brother played about 5 holes and with each hole he hit two balls and not because he was hitting the ball badly but because he said he was playing for me which doubled his practice. Several times he got upset with himself claiming that he was spending too much time talking to me and not staying focused.

I asked him did he not talk when he was playing in a foursome? And, there is another level of skill that needs to be developed he boasted back at me, not letting their conversation distract you.

So, it is ok to joke around, tell jokes, talk about business deals as long as when you step up to hit the ball, you put all of that conversation out of your mind, focus, and concentrate. Again, why play golf while one is doing this? And, the more often one goes out playing golf in a foursome, the more frustration could become trying to maintain focus and concentration.

Again, how could all of that be fun or seen as a sport... and yet, it is, and people make millions a year hitting that ball around.

It's not really good exercise either since most people use golf carts.

On one of our first greens, my brother asked if I wanted to take a shot. Of course, I said yes, and jumped at the opportunity to show off my beginner's luck.

He handed me the putter and appeared to be studying how I should make the shot and then I just smacked the ball. It went flying to the flag pole, a tad too hard, but hit the pole squarely.

Not bad for a first shot, I said. No, my brother said, it was a perfect shot... just a little too hard.