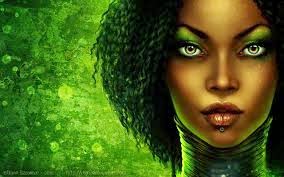 Justin Garcia, a sex researcher with the Kinsey Institute at Indiana University, said that there’s been “this historical shift from valuing chastity to valuing sexual agency.”

A 2008 paper found that 31 to 57 percent of women report fantasies of being overpowered or raped, and of those, between 9 and 17 percent say it’s a “frequent” or “favorite” fantasy.

A 2009 study of 470 predominantly heterosexual, college-aged men and women found that both sexes preferred fantasies of being dominated by the opposite sex, rather than dominating others themselves.

A 2012 review of sex-research literature found that men and women are both “capable of being physically aroused by hard-core sex scenes,” although “female sexual fantasies exhibit a greater emphasis on context, emotions, and intimacy, while male sexual fantasies are more frequent, visual, specifically sexual, and promiscuous.”

Submission can take the form of passivity or obedience in relation to any aspect of conduct and behavior. Submission can be to a partner in an interpersonal relationship, such as allowing the sex partner to initiate all sexual activity as well as setting the time and place and sex position.

Obedience may be a part of a sexual role play or activity, and can also be in the relation to the style of dress, if any, or behavior or any other manner. In fact, any act that is performed on a passive woman, such as undressing her, may be regarded as submissive behavior on the part of the woman.

Tip One: Study and otherwise prepare before you approach it.
Tip Two: Get some perspective.
Tip Three: Time is your best and most important friend.
Tip Four: You may get more attention than you can easily handle.
Tip Five: Take "elite" (and other claims with a large grain of salt.
Tip Six: Know that "malicious warnings" occur.
Tip Seven: Beware, especially, of the person who tries to isolate you.
Tip Eight: Seek, especially, the advice and companionship of other submissive women.
Tip Nine: Explore
Tip Ten: When the proper time comes, help educate and orient new submissive women, and others.


It would appear from the data above that for the last 30 years, there has been a steady rise among both males and females in the areas of sexual dominance and submission. And, while the data does not really specify that this interest is sole among single partners, I would suspect that is it tucked away inside the bedrooms of married couples as well.

As a matter of fact, I would say that over the last 30 years that there has been a sexual explosion in America but not in the sense that this interest has just developed because it has always been around and always been practiced, the difference is that it is now being made very public.

We see sexually explicit behavior described in novels, and on the big and small screens, in the way we dress, and in the way that we want the laws to protect us.


According to the History Channel, there are 8 reasons why the Roman Empire Fell and those are:

1. Invasions by Barbarian tribes
2. Economic troubles and over reliance on slave labor
3. The rise of the Eastern Empire
4. Over expansion and military overspending
5. Government corruption and political instability
6. The arrival of the Huns and the migration of the Barbarian tribes
7. Christianity and the loss of traditional values
8. Weakening of the Roman legions

And, just like the Roman Empire, America no long has strong family values, strong community values, much less strong religious values. Both parents work so there is little to no parental guidance on the children.

Drugs are being sold in most all of our elementary schools as well as junior highs and high schools. Our educational system is ranked 14th in the world and once was Number One. We have many States that are legalizing marijuana and same sex marriages. There are no more watchdogs to look out for the general public.

America has become fragmented and disoriented as it pursues mediocrity and greed in a self-centered way, oblivious to what is being lost and what is being taken away from them.

The fact that the movie “Fifty Shades of Grey” has generated so much revenue during its first few weeks in movie theaters is a solid indictment of the deterioration of American morals and values; but, this novel is not a stand alone story, it is the first book in a trilogy: Fifty Shades Darker and Fifty Shades Freed. So, we will have at least 2 more movies on which to base our interest in bondage to see if we really like it or not.

Many people of strong Christian faith have indicated that they have seen the movie, but not because they are interested in sexual dominance or submission but to see how it could never be part of their faith and so that they could talk about it correctly.

Using that logic, people with strong Christian faith need to experience killing someone in cold blood so that they will be able to talk about that sensation/experience correctly. That logic is total BS and we all know it.

Our moral hypocrisy is totally out in the public now, just like our interest in domination and submission is out in the open for all to see. We have exposed ourselves but will never get arrested for our public exposure.

Email ThisBlogThis!Share to TwitterShare to FacebookShare to Pinterest
Labels: MY Opinion