On a Lighter Side 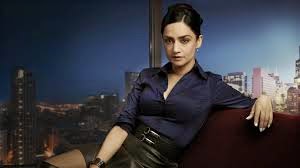 My wife only has a couple more months before she “hangs it up” and retires so my time alone is getting shorter and shorter and could possible result in me writing less and less after she is done with work.

Why would I say that? Because I can just imagine all the Honey Do's that will be coming my way as writing articles for Linkedin is no kind of work at all... and, after all, we will need to be getting some kind of thing done each day... spoken by a loving husband in a somewhat... sorta... tongue in cheek way.

Anyway, what got me thinking about that was last night, all of the saved cable shows that I like were unfortunately gone until new seasons for many more arrive and I will have plenty of things to watch... did I say that I like?

So, like I said, last night we were done so I had to watch The Bold and Beautiful and soon discovered that the title was incredibly misleading but I instantly flashed back to this same time last year when I had to watch this show... and, ladies and gentlemen, believe me when I say this because I am not exaggerating, but nothing in the plot had changed... not even the actors... well, I think one or two maybe... but, that is not the point.

As I watched, I was again amazed by the “cliff hanger” faces these actors made just before going to a commercial break. And yes, I like everyone else want to FF through the commercials and get back to the “good stuff” and see what kind of emotional disaster was going to take place or about to unfold.

Although, I am not sure I thought this was ever going to revealed in the next 6 minutes before another commercial break because as I stated they were still unfolding from last year.

However, there is something positive here, there is plenty of time for each of the actors to get their lines memorized.

Of course, this is only partially the point of this article because I realized while she was gone to the bathroom and I was able to get my hands on the remote that we did have one more taped show, which was a drama, State of Affairs, but not:

Homeland
Game of Thrones
The Americans
Dr. Who
Ray Donovan
The Good Wife
Banshee
Boss
Elementary
Hell on Wheels
Gracepoint
How to Get Away With Murder
Blacklist


So, there I was watching this drama and one of the covert agents was in the Middle East and obviously an undercover very “hush hush” operation when the agent and the “bad guy” were in a very serious and intense Q & A scenario. The “bad guy” was trying to see if he could catch the agent in a lie and expose the whole operation.

The agent was asked was asked a hugely important question and if he answered wrong, it would all be over for him and he would soon be “fishbait;” well, THERE IT WAS... the “cliff hanger,” “deer in the headlights.” “what am I going to do now,” stare... then, off to a commercial.

I was so mad, I did not even enjoy the “mindless” commercial that was flashing on the screen but I did catch...

I was utterly flabbergasted that my “macho” cable shows were now borrowing director cuts from soap operas.

BTW, did you know why they are called soap operas? When they first started, they were sponsored by Soap Detergent Companies. Even their nickname is not some very romantic unless you thinking about going out in public.

I am fairly confident when I say this that from now on I will notice every darn scene change on every show I watch whether I like that show or not.

Email ThisBlogThis!Share to TwitterShare to FacebookShare to Pinterest
Labels: An Attitude