Giving Thanks For All We Have 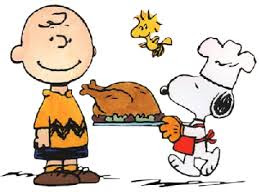 Thanksgiving Day is a national holiday celebrated in Canada and the United States as a day of giving thanks for the blessing of the harvest and of the preceding year.

It is celebrated on the second Monday of October in Canada and on the fourth Thursday of November in the United States.

Several other places around the world observe similar celebrations.

Thanksgiving has its historical roots in religious and cultural traditions and has long been celebrated in a secular manner as well.


Prayers of thanks and special thanksgiving ceremonies are common among almost all religions after harvests and at other times.

The Thanksgiving holiday's history in North America is rooted in English traditions dating from the Protestant Reformation.

It also has aspects of a harvest festival, even though the harvest in New England occurs well before the late-November date on which the modern Thanksgiving holiday is celebrated.

In the English tradition, days of thanksgiving and special thanksgiving religious services became important during the English Reformation in the reign of Henry VIII and in reaction to the large number of religious holidays on the Catholic calendar.

Before 1536 there were 95 Church holidays, plus 52 Sundays, when people were required to attend church and forego work and sometimes pay for expensive celebrations.

The 1536 reforms reduced the number of Church holidays to 27, but some Puritans wished to completely eliminate all Church holidays, including Christmas and Easter.

The holidays were to be replaced by specially called Days of Fasting or Days of Thanksgiving, in response to events that the Puritans viewed as acts of special providence.

An unusual annual Day of Thanksgiving began in 1606 following the failure of the Gunpowder Plot in 1605 and developed into Guy Fawkes Day.

The traditional representation of where the first Thanksgiving was held in the United States has often been a subject of boosterism and debate, though the debate is often confused by mixing up the ideas of a Thanksgiving holiday celebration and a Thanksgiving religious service.

According to author James Baker, this debate is a "tempest in a beanpot" and "marvelous nonsense".


Local boosters in Virginia, Florida, and Texas promote their own colonists, who (like many people getting off a boat) gave thanks for setting foot again on dry land.(Jeremy Bangs)

These claims include an earlier religious service by Spanish explorers in Texas at San Elizario in 1598, as well as thanksgiving feasts in the Virginia Colony.

Robyn Gioia and Michael Gannon of the University of Florida argue that the earliest Thanksgiving service in what is now the United States was celebrated by the Spanish on September 8, 1565, in what is now Saint Augustine, Florida.

A day for Thanksgiving services was codified in the founding charter of Berkeley Hundred in Charles City County, Virginia in 1619.

According to Baker, "Historically, none of these had any influence over the evolution of the modern United States holiday.

Never coupled with a Sabbath meeting, the Puritan observances were special days set aside during the week for thanksgiving and praise in response to God's providence."

This holiday or something similar (Harvest Festival) is celebrated in the following countries around the world, specifically:

Email ThisBlogThis!Share to TwitterShare to FacebookShare to Pinterest
Labels: Thanksgiving 2015