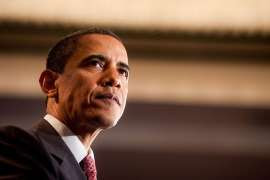 Obamacare's 2017 Insurer Rate Requests Are Starting to Stream in, and the Figures Are Scary

It's been more than two years since the Affordable Care Act, which you probably know better as Obamacare, went into full effect for individual consumers, and in that time the new health law has enrolled about 12.7 million people.

Note that this doesn't take into account the millions of Americans who've been able to get health insurance through the expansion of Medicaid and CHIP within their respective states.

In total, 31 states chose to accept federal money and expand their Medicaid program to provide healthcare to low-income individuals and families.

On the surface, Obamacare has led to a statistically meaningful reduction in the number of people who are uninsured.

Gallup's most recent survey in the first quarter pegged the uninsured rate at 11%, which is down 90 basis points from the fourth quarter, and is 6.1% lower than Q4 2013, the quarter prior to the full implementation of Obamacare.

The program has presumably opened the door for millions of lower-income Americans and those with pre-existing health conditions to get the medical care they need.      Read more:

Email ThisBlogThis!Share to TwitterShare to FacebookShare to Pinterest
Labels: Money