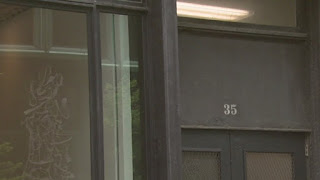 NEW YORK (CBSNewYork) — People in Lower Manhattan may want to consider closing their curtains following several reports of a man using a drone to spy into apartments.

A witness, who didn’t want to be identified, said he saw a man flying a drone around the windows of 35 Bond St.

“He was taking pictures through all the windows…basically he was being a drone peeping Tom,” the witness said.

The witness told CBS2 he confronted the man, who told him it was none of his business and then drove off.

Police said they don’t have a complaint on record about the incident.

ANCHORAGE, Alaska, April 14 (UPI) -- Residents of an Alaska neighborhood said their privacy is being violated by an unusually high-tech peeping Tom using a camera drone.

Neighbors in the Prominence Pointe area of Anchorage said the drone has been seen flying close to homes and appeared to use its camera to look into windows.

Melissa Bolland said her children alerted her to the drone flying around their home.

"My children noticed it first. It kind of came down, hovered around like above the trampoline over there, went around the house kind of really low, hanging to the windows, and then went straight up to the tree and then off again," Bolland told KTUU-TV.

Neighbor Bri Tollefsen said she tried chasing the drone in her car to find its owner, but she lost track of it.

"My gut feeling is it's here casing homes and trying to find out who's there or not," Tollefsen said. "The moment you feel like your privacy is taken away in your own home, it's not a good feeling."

Police confirmed they responded to at least one call about a window-peeping drone, but the device was not located and no report was filed.

The Federal Aviation Administration bars the use of personal drones over private property without permission and the law requires owners to be within line-of-sight of their aircraft at all times.