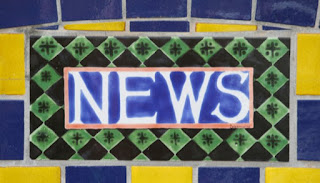 [Update as of May 12]. Facebook has published this 28-page document summarizing its policies and procedures for reviewing and posting trending topics. I'll be looking at this document in more depth but here it is in its entirety.]


Yesterday, Gizmodo ran an explosive story alleging that Facebook routinely suppresses conservative news, according to a former journalist who worked for the company. The journalist, who remains unnamed, said that:

…workers prevented stories about the right-wing CPAC gathering, Mitt Romney, Rand Paul, and other conservative topics from appearing in the highly-influential section, even though they were organically trending among the site’s users."

Other former Facebook “news curators” reportedly told Gizmodo that they “were instructed to artificially ‘inject’ selected stories into the trending news module, even if they weren’t popular enough to warrant inclusion.”

Since the story broke, the news has trended widely, prompting RNC Chairman Reince Preibus to demand that Facebook answer these allegations.

Snopes, a site dedicated to researching rumors and urban legends, posted an update yesterday reminding readers that the allegations are still unproven.

And this morning, Facebook’s Tom Stocky, who leads the Trending Topics group, posted an update on Facebook stating categorically that:

“We do not insert stories artificially into trending topics, and do not instruct our reviewers to do so.”