Like It or Not, Trump is a Textbook Disruptor 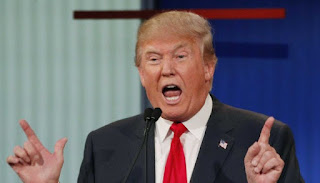 It's just a silly little thing. Nothing to worry about.

That's what General Motors said about Toyota, Borders about Amazon, Yellow Cab about Uber, and the Republican Party about Donald Trump.

Today, Toyota has three times the market cap of GM, Borders has closed the book on its business, Uber is driving down the price of a Yellow Cab, and Donald Trump is the presumptive Republican nominee for President of the United States.

To read the entire article, click here
at 8:00 AM

Email ThisBlogThis!Share to TwitterShare to FacebookShare to Pinterest
Labels: Trump