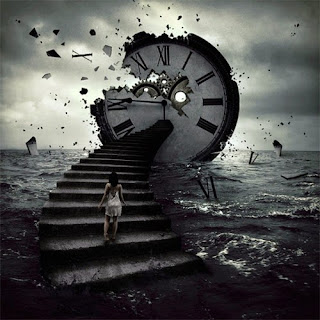 There are many unproven conspiracy theories of varying degrees of popularity, frequently related to but not limited to clandestine government plans, elaborate murder plots, suppression of secret technology and knowledge, and other supposed schemes behind certain political, cultural, and historical events.


Some theories have dealt with censorship and excoriation from the law such as Holocaust denial.

Conspiracy theories usually go against a consensus or cannot be proven using the historical method and are typically not considered similar to verified conspiracies such as Germany's pretense for invading Poland in World War II.

One such unverified conspiracy is the one about a New World Order.


This conspiracy theory states that a group of international elites controls and manipulates governments, industry, and media organizations worldwide.


The primary tool they use to dominate nations is the system of central banking.


They are said to have funded and in some cases caused most of the major wars of the last 200 years, to carry out false flag attacks to manipulate populations into supporting them, and to have a grip on the world economy, deliberately causing inflation and depressions at will.


Operatives working for the New World Order are said to be placed in high positions in government and industry.


The people behind the New World Order are thought to be international bankers, in particular the owners of the private banks in the Federal Reserve System and other central banks, and members of the Council on Foreign Relations, Trilateral Commission and Bilderberg Group.


The term gained popularity following its use in the early 1990s by President George H. W. Bush when he referred to his "dream of a New World Order" in his speech to the United States Congress on September 11, 1990.


Claimed motivations behind the New World Order conspiracy vary but a commonly suggested end goal for the conspiracy is the creation of a one-world government through which the conspirators would exert absolute dominance over the Earth and eliminate all sources of dissent through microchip control.


The concept of this shadow government predates 1990; it is accused of being the same group of people who, among other things, created the Federal Reserve Act (1913), supported the Bolshevik Revolution (1917), and supported the rise of the Nazi Party in Germany, all for their own agenda.


The World Bank and national central banks are said to be the tools of the New World Order; war generates massive profits for central banks because government spending (hence borrowing at interest from the central banks) increases dramatically in times of war and distress.


Many conspiracy theorists believe that Denver International Airport is the western U.S. headquarters of the New World Order, and a massive underground base and city is believed to exist underneath the airport.


Reasons for this include the airport's unusually large size (larger than some major cities), distance from the Denver, Colorado city center, the set of environmentally themed murals by artist Leo Tanguma depicting burning cities, gas-mask wearing soldiers and girls in coffins, and the capstone of the Great Hall which includes Masonic symbols and strange writing.

Email ThisBlogThis!Share to TwitterShare to FacebookShare to Pinterest
Labels: Government