In 2004, Keith Berry presented a TEDTalk entitled “Brain Magic.“  In 2010, he created  a series of five one-hour TV shows with the Discovery Channel called "Deception with Keith Barry."

In this series he explored the relationship between the brain and how it can be deceived and manipulated. He delved into the most secretive of areas, such as, is it possible to program someone else's mind to do something against their morals or their beliefs and without their permission. 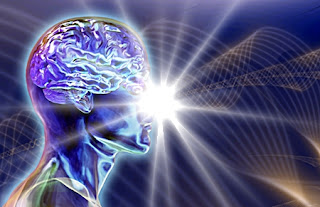 In one of his episodes, "Black Ops Hypnosis," he reprogrammed a man's mind to become a covert operative and tasked him to do something he would never have done otherwise. The result was extraordinary, and even when shown the tape of himself doing the covert operation he could not believe that he had done what he was looking at, he was 100 percent sure that it was only a dream.

His brain was still in denial given his strong morals and beliefs and it still read the reality as a dream.
The power of hypnosis is a constant source of debate.

How does the subconscious mind work, is it independent of the conscious mind, is it programmed by experiences or instructions?

Think of the subconscious mind (right, is depicted below water) as the storage room of everything that is currently not in your conscious mind (depicted above water). 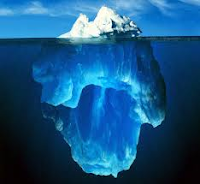 The subconscious mind  stores all of your previous life experiences, your beliefs, your memories, you skills, all situations you've been through and all images you've ever seen.

The best way to understand the subconscious mind is to look at the example of the person who wants to learn how to drive a car. At the beginning he wouldn't be able to hold a conversation with anyone while driving as he would be focusing on the different moves involved. That's because he's still using his conscious mind to drive.

Visualization. Just before going to sleep at night, close your eyes, and see, in your imagination, a group of people seated with you around a Council Table. Remember, you can invite anyone you like to sit at the Council Table...  anyone.

They could be in another part of the world. They could be celebrities or famous politicians. They could even be alive or dead. Now, not only do you have the opportunity to sit among those you consider to be great, but you can actually dominate the group, by serving as the Chairman.

Can you imagine where this could one day take you?
at 2:00 PM