Mr Willetts, speaking at the British Library, said that the expansion of access to higher education was no longer necessarily about "bricks and mortar".

He said that the FutureLearn partnership would help to serve the unmet demand for university courses, particularly overseas.

The launch of FutureLearn sees 21 UK universities, plus Trinity College Dublin and Monash University in Australia, offering courses that are taught and assessed on the internet. 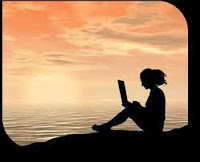 The UK universities include Birmingham, Sheffield, Leeds, Nottingham, Warwick, Bristol, Reading, Southampton and the Open University, which has headed the project.

The British Library, British Museum and British Council will make material available to students.  There are 20 short courses announced, with eight starting this year.

In this experimental phase, students taking these courses will carry out multiple choice questions, without any formal qualifications.

But universities are hoping that many people will be attracted by the chance to follow university-level courses without any travel or cost and at a time that suits them.  It will also provide taster courses for youngsters considering their university options.

FutureLearn will see the UK taking a much bigger step into the rapidly expanding online university market - with claims that higher education is now facing its own online revolution.

They are anticipating that each Mooc course will attract 20,000 students.

Universities also see the project as a way of recruiting students to degree courses. Martin Bean, vice chancellor of the Open University, described it as a "digital storefront".

But Mr Bean says he expects some universities to begin thinking about how to offer formal credits for Moocs.

Reading University is going to offer a Mooc course about basic computer programming.