What Not To Say

Interracial marriage in the United States has been fully legal in all U.S. states since the 1967 Supreme Court decision that deemed anti-miscegenation laws unconstitutional, with many states choosing to legalize interracial marriage at much earlier dates.

Anti-miscegenation laws have played a large role in defining racial identity and enforcing the racial hierarchy.

Interracial marriages in the U.S. have climbed to 4.8 million (1 in 12 marriages) in 2010 as a steady flow of new Asian and Hispanic immigrants expands the pool of prospective spouses.

Although the anti-miscegenation laws have been revoked, the social stigma related to Black interracial marriages still exists in today’s society. 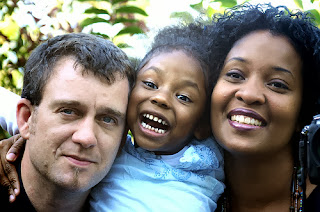 Some “mixed-up moments” are more significant than others. A few are blatantly rude comments, others are ignorant jokes, many are moments of flattery and some are instances of confusion or laughter. At times these are moments that make me feel so honored and blessed to be mixed; others are waves when I just want to crawl in a hole and hide.

For the most part, people's questions about racial background come from a place of genuine curiosity. But comments like "you don't act black" or "you don't look as white as you sound" are often tinged with an underlying tone discrimination leaving those about whom those comments are made frustrated.

Multiracial males and females are typically tired of hearing the following comments: