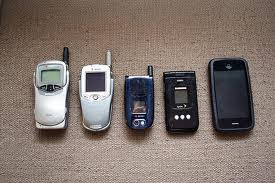 As reported by CATHERINE RAMPELL

"At first, I thought it was my imagination. Around the time the iPhone 5S and 5C were released, in September, I noticed that my sad old iPhone 4 was becoming a lot more sluggish. The battery was starting to run down much faster, too. But the same thing seemed to be happening to a lot of people who, like me, swear by their Apple products. When I called tech analysts, they said that the new operating system (iOS 7) being pushed out to existing users was making older models unbearably slow. Apple phone batteries, which have a finite number of charges in them to begin with, were drained by the new software. So I could pay Apple $79 to replace the battery, or perhaps spend 20 bucks more for an iPhone 5C. It seemed like Apple was sending me a not-so-subtle message to upgrade..."

The reason why this story caught this writer’s attention is because back in 1979 when I first attended Business Graduate School, one of first encounters with my illustrious professors was over the notion of “built in” obsolescence.  In other words, we were intentionally manufacturing products so that they would need replacement within a limited amount of time which was typically 3-5 years instead of the 10-20 years that our engineers were designing shortly after WWII.  But, that was necessary, according to our most brilliant minds because the US economy needed to grow and grow fast and in order to accomplish that task, we had to convince the American consumers that their products needed to be replaced.

In fact, this term “planned obsolescence” that dates to the Great Depression, when a real estate broker suggested that the government should stimulate the economy by placing artificial expiration dates on consumer products so people would buy more.

For some of us, this might make sense that Apple would employ this business strategy. The tech giant, after all, has reached near-saturation levels in the U.S. smartphone market. If iPhones work forever, people who already own these won’t buy new ones.

Furthermore, selling products with finite life spans can be good for consumers, depending on their tastes and how informed they are.

The fashion industry, whose entire mission is to essentially render products obsolete long before they cease to be functional, does this regularly as does the automotive industry and most of the electronics industry. 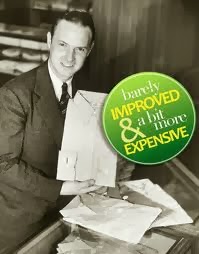 And of course, with each new product line comes a higher price tag to pay for the creative genius of the designer(s).

In order to pay for these increased prices, both parents (for example) must work a full time job, leaving the children with neighbors, in daycare, or on their own…  which, cannot be good in the long run.

With both parents needing to work, obviously not everyone can work during times of economic slowdowns, which unintentionally now places demands on businesses that are trying to be globally competitive.

But, we must remember that in the beginning, it was a really sharp idea…  and, came about from "sales" people who only wanted the best for themselves....   strike that...  of course, you know that I meant to say America...
at 2:00 PM