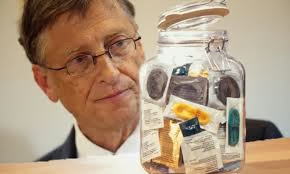 The Bill and Melinda Gates Foundation has awarded scientists $100,000 (£60,000) to create stronger, thinner condoms from the new "wonder material".

The substance will be mixed with latex to produce a material which will encourage use by "enhancing sensation".

Graphene, the thinnest, strongest material known, was first isolated at the University of Manchester in 2004.

It has more often been linked to potentially revolutionizing products such as smartphones and broadband.

The charity has offered the Grand Challenges Explorations grant to the Manchester research team to develop new composite materials for condoms, which it wants to make more desirable in order to increase global usage. 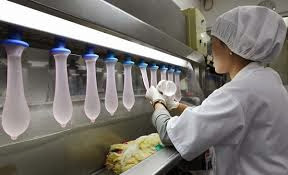 Dr Papa Salif Sow, senior program officer on the HIV team at the foundation, said a "redesigned condom that overcomes inconvenience, fumbling or perceived loss of pleasure would be a powerful weapon in the fight against poverty".

Dr Aravind Vijayaraghavan, who will lead the researchers, said that since it was isolated, "people have wondered when graphene will be used in our daily life".

"Currently, people imagine using graphene in mobile phone screens, food packaging and chemical sensors.
"If this project is successful, we might have [an everyday] use which will literally touch our everyday life in the most intimate way."

The National Graphene Institute at the University of Manchester is being established with a £23m grant from the European Regional Development Fund.
at 2:00 PM